Tumblr Sold to WordPress by Verizon After Yahoo's Purchase 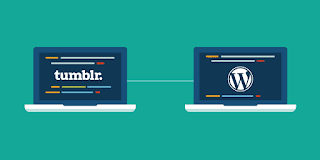 Tumblr started getting low followers due to the popularity of other social platforms like Facebook, Instagram and more are up and running like Telegram. Tumblr wasn't getting new features and site redesign, but it was removing some inappropriate contents which angered fans because Tumblr was the home base of memes and funny quotes.

Tumblr was gotten by Verizon in 2017 through its the purchase of Yahoo Messager after it was bought by Yahoo for $1.1 billion. Verizon sells Tumblr to Wordpress owner six years after Yahoo bought it for $1.1 billion and details of this negotiation of weren't disclosed by either party.

The market has become increasingly crowded in recent years, with competitors like Squarespace, Wix, and Medium providing website templates for businesses and freelancers, and as Medium became a popular site for bloggers. So it wasn't really a bad idea Tumblr was sold to WordPress, it might be the best again as Automattic CEO Matt Mullenweg had this to say;

"We will try to preserve the passion and sense of community that so many people around the world -- and all over the web -- have come to associate with Tumblr."