Why was CamScanner App With Over 100 Million Downloads Removed from Playstore?

Share
CamScanner App is an android application used to scan PDF Files, converts photos of documents into PDF format, Convert Images into Text, remove the background of images and generate HD quality images and many more. Recently, CamScanner has removed from Google Play Store and the app is so popular it has over 100 Million Active users. What went wrong? 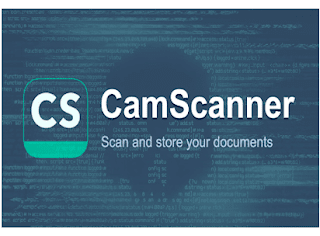 Recently, Google Play Store has been actively been removing apps which engages in malicious behavior like forcing users to view an Ads, or installing spyware on their devices. Despite this, there is much Android application that makes their way to Google play publishing without getting noticed and this has resulted in many users information compromised. This is also the case of CamScanner.

See Also: These Android Apps Have Malware and are Stealing your Bank Details, Uninstall now!

CamScanner was found to contain malware which prompt users to sign up for paid services without their request. It was also discovered they had a malicious Trojan-Dropper module which is identified as "Trojan-Dropper.AndroidOS.Necro.n”, this has been found in some Chinese apps too. What this does is it runs another module from an encrypted file which can be found in the app's resources.

Some users who found out this malicious code prompts them to sign up for paid services they didn't request, wrote negative reviews about CamScanner App to prevent others from falling prey to this Maleware. But the recent version of CamScanner app removed this Malware, but they've already been removed from Google Play Store. They might be up and running again in no time, but since different phones have different versions, you might need to delete yours and re-download when CamScanner is back on Google Play.

What do you think about this sad update? There are many other apps that provide these same features, but if you still want to use CamScanner, you can download it directly from their official site.
PublisherWisdom UchePosted atFriday, August 30, 2019 Post a Comment
Labels#malware, #security