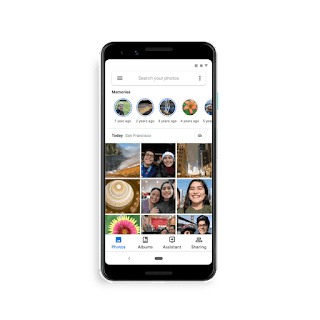 Google Photos include a similar feature found on Facebook, Instagram and Snapchat which is called "Memories" on Google Photos. This feature displays images you've taken for over a year, three or even longer you might have forgotten.

It brings this to your app's homepage via Google's Machine Learning which makes it easy for you to locate images, prevent the loading of duplicate photos and also shows you the best ones you will admire.

"We are using Machine Learning to curate what appears in Memories, so you don't have to parse through many duplicate shots, and you can instead reflect on the best ones, where the photos have good quality and all the kids are smiling," said Shimrit Ben-Yair, Google Photos, lead on Thursday.


There will also be a new feature that allows printing of photos for pickup to your home through the application. Here's what Google added.

"You can already use Google Photos to quickly find and make your memories into a photo book. Now, you can use the same time-saving magic to print individual photos," Ben-Yair added.

There is already an Artificial Intelligence feature being used on Google Photo released recently which allows you to locate text in images and copy it to clipboard.