Share
Samsung has canceled all Galaxy Fold device Pre-Orders before Relaunch which prevents buyers who signed up for Pre-Orders to test this device with over 256GB internal Memory with little budget. 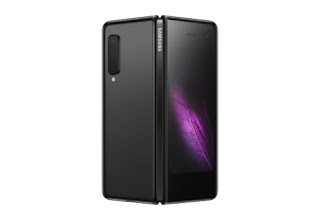 Samsung sent emails to those who signed up for the pre-orders of the Samsung Galaxy Fold have been cancelled in order to "ensure that you have the best possible experience with this revolutionary new technology,". Many who placed orders even in April has been canceled as per their email.

Sources like The Verge says that Samsung is planing renovating the process which can include the unboxing and purchasing policy and some other functionality of the Galaxy Fold device.

Samsung on Thursday announced that its foldable smartphone will be available in South Korea on September 6 in two colours - Cosmos Black and Space Silver as we have reviewed in this blog. The device will also come with these insane features - 12GB RAM and 512GB for the premium while 256GB for the lower version.

The Samsung Galaxy Fold will be launched in South Korea and will be available in other countries in due time, some of these approved countries are Germany, Britain, United States and France. Samsung haven't said anything concerning when the phone will be launched in these countries yet. As we draw closer to these dates, we will get some updates on this.

What do you think about the Fold which is probably the most expensive phone now as revealed by GSM Arena?
PublisherWisdom UchePosted atSaturday, September 07, 2019 Post a Comment
Labels#Tech news