Share
It is not common seeing Sony Smartphones being talked about or getting phone updates about them. This time, there's a reason to because they recently announced Xperia 8, the latest mid-range device which will be released late this month in Japan. 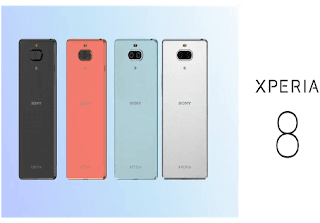 This Sony's device is powered by the Qualcomm Snapdragon 630 processor, while it comes with a 6-inch full-HD+ resolution screen with a 21:9 aspect ratio.

Also, you should be expecting 64GB internal storage and 4GB of Ram on the device, while the OS version is 9.0 Pie. The phone has a Corning Gorilla Glass 6 at the front and back which serves as a protection against damage and scratches, while the overall body is metallic.

The Sony Xperia 8 will be priced at 54,000 Yens in Japanese currency, while in the US when converted it is priced at $504.39, as for Nigerian Naira, it costs N181,841. In my opinion, it shouldn't cost up to this, looking at the key specifications. 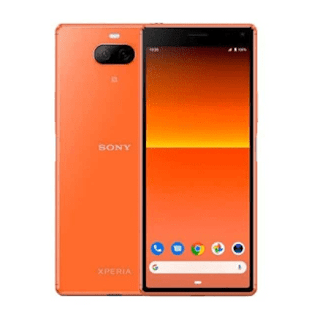 The phone has a 6-inch full-HD+ with a 21:9 aspect ratio, while the screen is stretched till the bottom of the phone, which makes it unique from other devices. The phone has sensors and it is available in multiple colors which include black, blue, orange and gray.


The phone has dual-camera at the back, with a 12-megapixel primary camera and an 8-megapixel secondary camera. The flash is at the top of the camera, which for me, even makes the design look abnormal.

In addition, the Sony Xperia 8 features an IP6X rating for dust resistance and an IPX5/ 8 rating for water resistance.


The smartphone battery has a capacity of 2,760mAh while the phone uses a USB Type-C port for charging and data transfers. As for connectivity, the phone supports LTE and VoLTE.

The Sony Xperia 8 like I said earlier seems too expensive compared to the low specifications if you've seen other companies' phones. The device will probably sell well since it's very popular in Japan where the demand is higher there.

The Sony Xperia 8 is rather expensive for what's on offer, particularly considering that similarly priced phones in India offer a lot more by way of specifications. However, Sony's popularity in Japan could mean that the phone sells well there when it goes on sale in late October.
PublisherWisdom UchePosted atWednesday, October 09, 2019 Post a Comment
Labels#Latest Phones and Gadgets, #Phone Specs, #Sony, #Sony SmartPhones, #Sony Xperia 8