Share
If you are using Windows 10, you should notice the frequent updates from Microsoft which are done to improve security and user experience. The new Windows 10 updates have not been going through for some Win 10 Users and it was noted this happened to people using Avast and AVG Antivirus software. 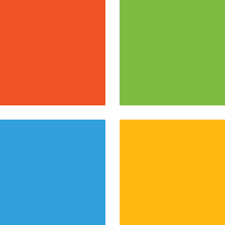 Avast and AVG are not bad applications to be used, they are anti-virus programs which have a high reputation, and for the first time, Microsoft has reported a compatibility block for AVG and Avast.

Build 1909 for November update to windows 10 has been prevented for some users when you try to update, you get the message you are using the latest version, whereas you aren't. This is a known compatibility issue between the free antivirus tools and Windows.

"Microsoft and Avast have identified compatibility issues with some versions of Avast Antivirus and AVG Antivirus. Any application from Avast or AVG that contains Antivirus version 19.5.4444.567 or earlier is affected," read the issues page for Windows 10.

So what is the Fix Now?


Easy, you need to download and install the updated latest versions of Avast or AVG which fixes the blocked Windows 10 updates.


Make sure you regularly update windows drivers and check for software updates to keep your laptop secure and fully functional.