Share
Using Windows 10? Microsoft finally fixed the issue that occurs when you use the Windows search box near the Cortana icon which shows a grey or black box rather than the search results. This bug has been on Windows since November 2018 major update, the issue has been resolved, read what Microsoft had to say about this. 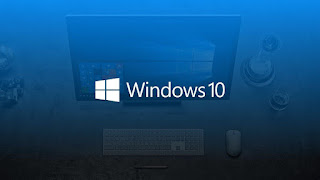 Microsoft said users might need to restart their Windows system to see the fix result, but uses suggested to fix the issue, they disabled Bing in the Windows 10 Start Menu, seems like this might be conflicting with some Windows features.

Microsoft said it is “investigating potential access and latency issue with multiple Microsoft 365 services.” After a couple of hours, the company posted it has “rerouted user connections and validated that impact associated with MO203172 has been remediated.”

Panay reportedly sent out an internal memo to his new team, part of which read, “Personally I'm very excited to lead the Windows Client for Microsoft, which will help us streamline our decision-making processes, be clear on our priorities, and deliver the best end-user experiences from silicon through operating systems across all Microsoft apps and service-connected devices (OEMs and Surface).”
PublisherWisdom UchePosted atFriday, February 07, 2020 Post a Comment
Labels#microsoft, #Tech news, #Windows