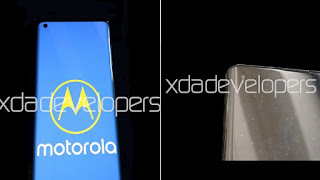 XDA-Developers reports the upcoming Motorola flagship phone is reportedly codenamed ‘burton' or ‘racer turbo'. The device will come in 8GB and 12GB RAM variants and will be equipped with a 5,170mAh battery, no information on fast charging output. In addition, the Motorola Edge+ will run on Android 10.

The hole-punch placed at the top-left corner while the panel has full-HD+ (1080 x 2340 pixels) resolution with a 6.67-inch diagonal. The report says that the Motorola flagship might eventually debut as ‘Motorola Edge+' in the US market and will feature Moto Edge Assistant, Moto Gametime, and Moto Audio.

The mid-range phone has the codename ‘racer 5G' and might debut as the Motorola One 2020. The device pack a 6.67-inch curved full-HD+ (1080 x 2340 pixels) display, reportedly be powered by the Snapdragon 765 or its gaming-centric Snapdragon 765G sibling.

Since this is the mid-range phone, it reportedly is powered by the Snapdragon 765 or its gaming-centric Snapdragon 765G sibling. Finally, the Motorola One 2020 is said to pack a 48-megapixel camera with NFC support and Android 10 on the software side.
PublisherWisdom UchePosted atFriday, February 07, 2020 Post a Comment
Labels#Motorola, #Tech news