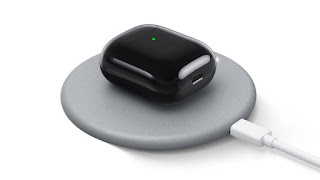 Realme is implementing wireless charging which will offer 5W Speed, it has also been spotted online on the Wireless Power Consortium (WPC) website. The website shows the Realme Wireless Charger will carry the model number RMA203 which the charging speed isn't actually that high when looking at other companies' offers, but it is something to hold on to know it is the first wireless charging from Realme.

Realme Wireless Charger supports Qi standard, looking at the photo on the WPC site, it has a circular design that has the Realme logo in the middle. There are no talks or leaks about other features such as charging connection status, compatibility, and other important specs.


Realme Wireless Charger will likely be launched in the coming weeks following the Realme C3 launch event on February 6, that seems like when the company will release the charger which will work on the 2019 December Realme Buds Air which costs $55.90.