Share
Sony Xperia 1.1 (Xperia 5 Plus) will feature a stunning 5 rear camera, Sony will be hosting an event this year at MWC on February 24 in Barcelona, there, they will unveil the smartphone - Xperia 5 Plus which is also called the Xperia 1.1. 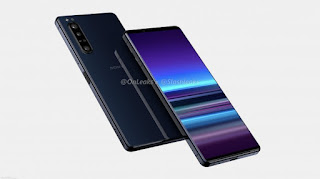 See Also: Spy On Someone Through Phone Camera Digitally

Sony Xperia 5 Plus has been rumored to feature a Snapdragon 865 SoC, a tall 6.6-inch OLED display and 5G network connectivity. These speculations are yet to be fully confirmed till Sony's MWC event next two weeks.
PublisherWisdom UchePosted atMonday, February 03, 2020 Post a Comment
Labels#Phone Specs, #Sony