Share
The Samsung Galaxy Note S10 Lite which is the lower version of the official Galaxy S10 is finally on sale in India starting from 12am midnight today. The sale of the smartphone is on online stores for purchase, the Galaxy S10 Lite is powered by the Snapdragon 855 SoC also being the first Samsung phone to come with the proprietary Super Steady Optical Image Stabilisation (OIS) technology and the first of the Galaxy S-series to come with a 48-megapixel rear camera. Read more about the launch offers, price, and specifications. 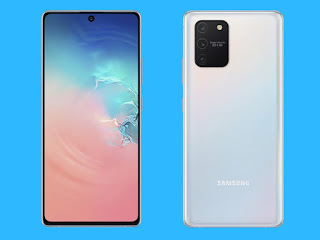 The Galaxy S10 Lite can be pre-ordered already in India for a price Rs. 39,999 - 8GB + 128GB model. This model comes in Prism White, Prism Black, and Prism Blue color options. Online stores such as Flipkart, Samsung India store made the device available for pre-order.

The S10 Lite has a 5 percent unlimited cashback when you have Flipkart Axis Bank credit, Rs. 3,000 instant cashback on transactions made using an ICICI Bank credit card, up to Rs. 17,050 off on exchange, and no-cost EMI card, while the Samsung India website is offering no-cost EMI and Rs. 3,000 in banking and exchange discount. 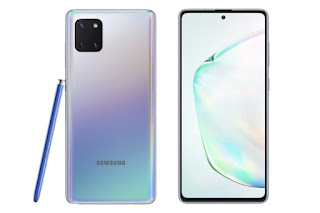 Here are the confirmed specs of the device, it runs on Android 10 from the box with the One UI 2.0 skin on top. The display is a Super AMOLED Infinity-O display which is a 6.7-inch full-HD+ (1,080 x 2,400 pixels), the processor doesn't use Samsung Processor as used on Galaxy M20s, rather it is powered by the Qualcomm Snapdragon 855 SoC ticking, following a massive 8GB RAM. 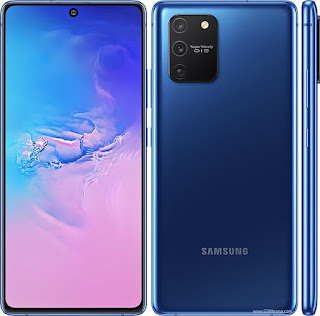 As for the battery capacity and charging state, the Galaxy S10 Lite comes with a 4,500mAh battery which supports super-fast charging and comes with a bundled 25W adapter. No wireless charging available.

Over to the Camera specs, the smartphone has a triple rear camera setup which includes a  48-megapixel main camera with an f/2.0 aperture, assisted by a 12-megapixel ultra-wide-angle shooter with an f/2.2 aperture, and a 5-megapixel macro camera. The front camera is a 32-megapixel camera with an f/2.2 aperture, pretty cool. As for the Storage space, it comes with 128GB which can also be expanded by the use of an SD Card u to 1TB, no fingerprint sensor at the back, but it features an on-screen fingerprint sensor.
PublisherWisdom UchePosted atTuesday, February 04, 2020 Post a Comment
Labels#Galaxy S10 Lite, #Latest Phones and Gadgets, #samsung