Share
The Galaxy M series is still one of Samsung's cheap phones with advance Android features, the Galaxy M21 will be launched on March 16 in India and it will be coming with a 48 MP triple rear camera system. I've reviewed some expected specs and features, you need to see what features this smartphone will likely feature. 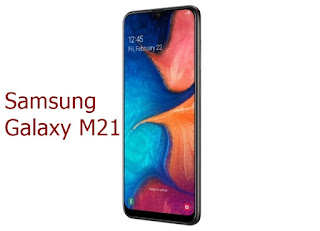 Now, here is what I mean, the battery capacity is 6,000mAh battery just like the Galaxy M30S & M31. It comes in two storage model, 4GB RAM + 64GB inbuilt storage and 6GB RAM +128GB internal storage, as expected. In addition to that, it is powered by an octa-core Exynos 9611 SoC and features a 6.4-inch Super AMOLED display.

Now, these are the expected specifications as no Live leaks are out to confirm these specs, but authoritative sources like IANS confirmed most of these.

This Samsung Galaxy M21 is the latest of the M series which has gained so much attention since the production of these series and for the past few quarters, Samsung has been doing well online and gaining more users.
PublisherWisdom UchePosted atMonday, March 09, 2020 1 comment
Labels#Tech news