Share
Just Yesterday, Samsung released Android 10 and Samsung OneUI 3.0 for Galaxy M30s users in India and other regions. This new update comes with other new features and improvements in battery life and usage. The Android 10 update has been confirmed to be safe and doesn't have any side effects after the software/system update. 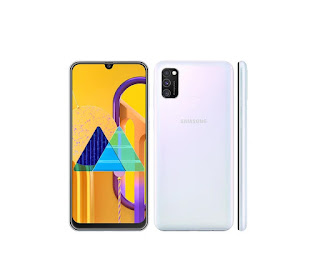 Samsung Galaxy M30s originally came with Android 9.0 and OneUI 1.0 from the box, but this new software update features Android 10 and OneUI 2.0 which the upgraded version of the M30s which is M31 came with from box, so now the only difference between these two smartphones are the improved camera of the M31 featuring 64MP compared to the 48MP of the Galaxy M30s.

Now Samsung Galaxy A50, A40, and M30s have finally gotten the latest Android versions ready. This Android 10 and OneUI 2.0 isn't just rolling out for users in India, rather, those on other regions got this update too, so if you are yet to receive the OTA software update on your Samsung Galaxy M30s, you should keep checking back till you see it.

In addition, this M30s update brings March 2020 Android security patch and also renamed the Night Mode to Dark Mode with some other cool features and accessibilities. The update is large, it is 1.43GB in size, so it is recommended you use Wi-Fi to download and also before installation, make sure your device battery is above 80 percent for successful installation due to overheating of the device.

Galaxy M30s is very popular because of its 6000mAh battery capacity, performance, and camera design which makes it stand out from other budget-friendly devices. Recently, Samsung Launched the M30s 4GB RAM and 128GB storage variant which is a bit higher than the 64GB variant.
PublisherWisdom UchePosted atWednesday, March 18, 2020 Post a Comment
Labels#samsung, #Samsung Galaxy M30s, #Tech news