Infinix Hot 9 Series: 2 Smartphones to Launch on May 29, Expected Specifications

Share
Infinix Hot 9 Series will make its debut in India on May 29th, the phone is expected to include two models - Infinix Hot 9 and Infinix Hot 9 Pro. The Hot 9 might be the same model that was unveiled in Indonesia during March 2020, while the Hot 9 Pro will be an upgraded version of the same phone. 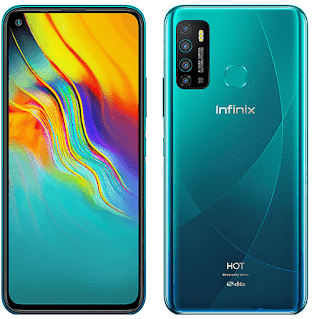 Some expected specs based on Flipkart teaser image of the Infinix Hot 9 shows it comes with a quad-camera setup and a rear fingerprint sensor. There is also a hole-punch design for the front camera, while the DTS Audio branding is visible on the bottom-center of the back.
The name of the phone was not mentioned by Flipkart but the phone comes with a 48-megapixel which is the main shooter suggests it is the Infinix Hot 9 Pro, also more reason is that the Hot 9 launched in Indonesia came with 16MP has the primary shooter.
Key Specs 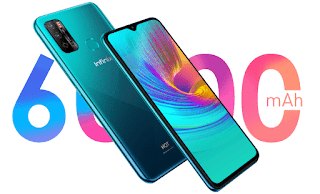 Related: Infinix Hot 8 XOS 5.5 Update Features Game Assitant, Social Turbo
As you can see, the Hot 9 will come with octa-core MediaTek Helio A25 SoC, 4GB of RAM, and 5,000mAh battery. As for the display, it will feature a 6.6-inch IPS HD+ LCD display, while the camera is an 8-megapixel selfie camera on the front and a quad-camera setup on the back.
PublisherWisdom UchePosted atSaturday, May 23, 2020 Post a Comment
Labels#Hot 9, #Infinix, #Tech news