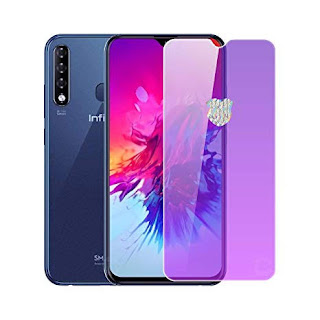 Infinix Hot 8 XOS 5.5 adds peek mode for privacy, it also enhances the WhatsApp Video call features for your phone specifically. This update which is called the December Android security patch update now gives you an updated Google Mobile Services v201910 package, and these features are available for Infinix Hot 8 users in India.

What Social Turbo does is that it adds a WhatsApp Assistant feature which includes WhatsApp call recorder, a ‘Video Beauty' beautification, and new customizable stickers different from other default WhatsApp stickers and many smartphones as well. Also, a new feature that has also been added on the banned GBWhatsapp is called 'Peek Mode', this lets you read WhatsApp Message without the two blue tick showing to the sender.

XOS v5.5 update also adds a new 'Clean WhatsApp' feature which deletes media file occupying your internal storage space, no more need doing this manually from your phone's file manager again, it can be done automatically within the application. A newly added 'Answer with a Gesture' feature has been added on XOS v.5.5, when you receive a call, instead of swiping your answer or hangup button on-screen, you can use hand gestures to pick or decline a call without touching it, this also works on WhatsApp.

More features are also added, you can now enable your phone screen by just picking up your phone from the place it was kept instead of double-tapping the screen as it has also been. Also just like windows 'Game Bar' feature, Infinix Hot 8 XOS 5.5 Update comes with such a similar feature which brings quick controls for gaming improvement, it can be seen when a game is opened. Lastly, just like Windows 10 'Focus Assist', while playing a game, the phone's Game Anti-Interference mode blocks notifications and reminders, except those for incoming calls and alarms.

These are cool features added on the phone, it is neccessary not only to update because of these features but because of the December security patch, this fixes some bugs and makes your device less vulnerable to virus and privacy leaks.
PublisherWisdom UchePosted atTuesday, December 24, 2019 Post a Comment
Labels#Infinix, #Tech news