Share
The Samsung Galaxy Note 20 series and the Galaxy Fold 2 will be launching on August 5, it will be unveiled via an Unpacked 2020 digital event considering the devastating Covid-19 pandemic. This was an online report which is yet to be confirmed as Samsung is yet to make an official statement regarding it, though this might have been delayed due to George Floyd's death leading to protests. 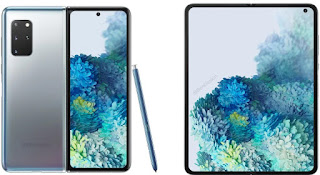 Samsung silence could be based on this, we can also consider Call of Duty Mobile which was expected to get season 7 today (Saturday 6th of June) was extended till further notice. There is a possibility of the game's release date being know, it will be discussed on our next article.
Back to the main topic, the Samsung Galaxy Fold 2 is expected to be a successor to the Galaxy Fold launched last year. It is also expected to come with an even bigger external display, S Pen support, and an ultra-thin glass protection.

“Internal discussions are taking place, but the plan to hold the Galaxy Unpacked event on August 5 is being reviewed favorably,” report says.
“As COVID-19 is still spreading and anti-racism protests are worsening in the US, this year's event is likely to be held online,” the report says citing an unnamed industry source. Showing that the normal way of Samsung unpacking the device will be done differently, and that is online.
The Samsung Galaxy Fold 2 might be priced around $$1,872 and $1900, and it might begin shipping early September. As for the foldable device, it will still look like a book in design, but the major difference is it now comes with a bigger display, S Pen, Better Camera quality, and 5G support.
PublisherWisdom UchePosted atSaturday, June 06, 2020 Post a Comment
Labels#samsung, #Tech news