Share
Microsoft has finally added the long awaited music controls on the Your Phone app on Windows 10. With this feature, you can control which music will be played on your PC from your Android device. Previously you could access only your contacts, photos, calls and notifications from any app, social media included, so now music can be played. 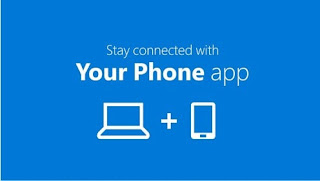 This new feature was implemented recently and it is available for Windows 10 PC, when you connect your Android to Microsoft's "Your Phone" program on Windows 10, a new music player widget which has basic controls will pop up especially when you begin playing a music. It is also easier to play/pause, switch tracks using these controls without accessing your device.
So soon, it will be released for full usage, it has been limited to Windows Insider build users for weeks after being announced at the end of April that this feature is being tested on some Windows 10 PC.
See Also: How To Fix Windows 10 Mail App Not Syncing Emails
Additionally, you can see the name of service and album art when a music is being played, this will be available for only YouTube Music, Google Play Music, Amazon Music, Spotify, Xiaomi Music, Google Podcasts, and Pandora.
Anyone can get the Your Phone app for Windows, but you must be running on Windows 10 October 2018 update or later and it supports only Android 7 and up. It comes preinstalled on Microsoft compatible PC, or you can get it from Microsoft Store.
PublisherWisdom UchePosted atMonday, June 08, 2020 Post a Comment