Samsung Galaxy Store has a Major Update (Focuses on Gaming)

All Samsung device with support for the Galaxy Store has now been updated with the new redesign and added features on the app. The new update's main focus is on gaming, it now makes it easier for users to discover games that can be played for free or worth a purchase. The game launcher has also been updated in support of more games, and it has updates on the game optimization services. 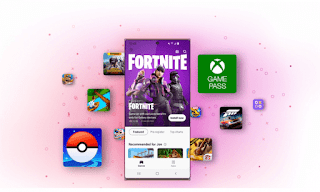 Some games not available on the Samsung Galaxy store such as Fortnite can now be downloaded easily. So no more need to get the game files from the official website and then manually installing it because Samsung galaxy store has made it easy for it's Android users to gain access to it, I'll definitely be downloading the game now.

This update seems to be very important because many have been looking for how they can install Fortnite so easily since the removal of the game on the Apple Store and Google Play Store. So Samsung is the only app store that supports this game so users can download the game from other parts of the world and even in the United States.

Speaking of other added features, the Galaxy Store now has an improved user interface, you can now see a new two category of Games and Apps just like the Google Play Store. But what makes their update unique from other stores in the newly added exclusive previews, promos, and rewards for games. The Samsung rewards serve almost like Google Play Games services, so the point accumulates as you level up in ranks in your games said Samsung.

Each Samsung device will get apps and game recommendations based on their Samsung Galaxy phone. This is obviously based on many factors such as the user's interests, download patterns, and searches. Samsung users get exclusive benefits from companies like Adobe Acrobat Reader app which offers a 7-day free trial, that's just one of the many apps that Samsung has a partnership with.