FAU-G mobile game which is an alternative to the banned PUBG Mobile in India has already gotten over 1 million pre-registrations in just three days of publishing its app on Google Play Store. Fearless and United Guards was developed by Studio nCore Pvt. Ltd, it is expected to launch very soon now pre-registration has begun.

On Twitter, the developers made mention of FAU-G pre-registration numbers, the game seems to only be launched for Android users since there has been no mention of it coming to the iOS devices on the Apple Store. The benefit of joining the pre-registration is that when the game has been officially launched to be playable, you will get a push notification alerting you so you can among the first to download and play the game. While eligible devices will have the game installed automatically on their Android smartphones.

If you check the app on Google Play Store, you will not find any spoiler about the game, such as important information like the release date, application size, Android requirements, and also current version. However, though it is obvious, we can see its content rating is 16+, an action game not suitable for all audiences. Also, the developers left some glimpse of what you should expect on the game via the store listing description. 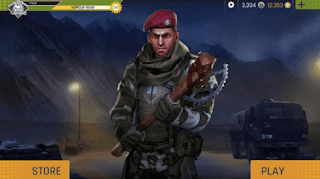 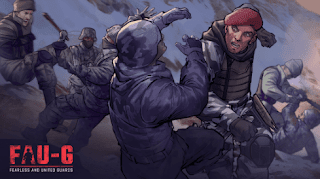 The description of the FAU-G game suggests that it's the storyline is centered around Indian soldiers, to clarify, the description quotes "high up on the peaks of India's northern border". Also, the game characters are called FAU-G commandos, this is an elite Indian group of soldiers patrolling the dangerous territory.

Since PUBGM got banned, CODM has taken its spotlight and gotten a massive amount of Indian users. But with the arrival of FAU-G, which is a clear alternative to PUBG Mobile, it will definitely make its way as the best battle royale game for the India region. The game was announced 2 days after the ban of PUBG on September 4, and since then it has been promoted on several platforms, even by top Indian celebrities like Akshay Kumar.