Samsung Galaxy A02 smartphone has been launched, it is set to feature a 5000mAh battery and more than enough storage space capacity. The device recently got listed by Samsung on the company's Thailand site without an announcement on their social media accounts. The Galaxy A02 phone specifications and price is quite surprising, here is what you should be expecting. 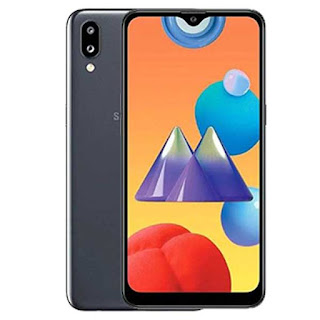 Reviewing the key specifications, the Samsung Galaxy A02 features a 6.5-inch Infinity-V display, a MediaTek MT6739W quad-core SoC, and a 5-megapixel camera in the front for selfies and video calls. You should also know it comes in different variants, it has a GB RAM + 32GB Internal memory variant, and a 3GB RAM variant, with 32GB and 64GB storage options.

The Samsung Galaxy A02 price is known for the first variant only as seen on Samsung's official post on Twitter, it costs $99.94, which is N39,693. The price shouldn't be surprising because it features 2GB RAM, not many games will be playable on this devices, but it is really a budget-friendly variant if you do not have much to do with the device. We should expect the 3GB variant to be around $180 or $200 for the 32GB or 64GB. The smartphone features 4 variants of colors, they are - Denim Black, Denim Blue, Denim Gray, and Denim Red. As for the Samsung Galaxy A02 specifications, that is the full specifications, it features these; It runs on Android 10 from the box, making it eligible for Android 11 & 12 in the feature, it also comes with a dedicated microSD card slot for expanding the storage (up to 1TB) for all variants.

Finally, we can talk about the camera quality of the device, the Samsung Galaxy A02 camera comes with a 13MP primary rear sensor with an f/1.9 lens, it is capable of autofocus, digital zoom up to 8x, and a flashlight for video and images capturing. The rear camera is two, the last is a 2-megapixel macro sensor with an f/2.4 lens, while for the front, it is a 5-megapixel camera with an f/2.0 lens.