Realme 7i Android 11 and Realme UI 2.0 are finally here! This new update comes with new features such as improved game mode, cloud sync for photos, permission manager, and more. Here are the full updates coming on the Realme 7i Android 11 & Realme 2.0 UI. 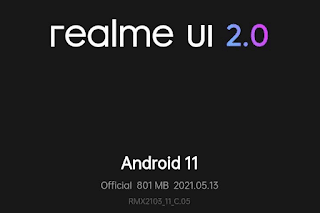 In addition, the Android 11 update comes with a new preloaded photo editing feature, a useful backup system called system cloner, and an emergency lock screen feature helpful when the phone has been stolen, and an important low battery alert that sends messages to selected contacts about the device current location once the battery is below 15%.

The size of the Android 11 update for the Realme 7i device is 801MB (RMX2103_11_C.05), according to the OTA update and confirmed announcement from the company via their blog. Furthermore, multiple users confirm this update to be rolled out on their devices as of this time. 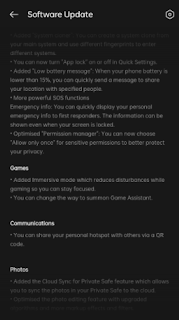 We talked about optimized permission manager coming on the latest software update of Realme 7i, well, to explain fully, this feature allows users to choose the "Allow only once" option for apps requiring sensitive permissions. There will also be a new feature that allows users to share personal hotspots with others via QR code.

To update, head to phone settings, then software update to get the latest OS upgrade and UI. If you are using Realme 7 Pro and Realme 6 Pro, you will also get the latest Android 11-based Realme UI 2.0.