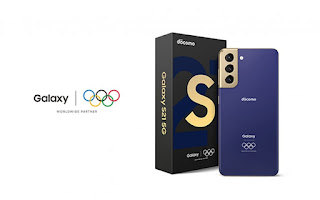 The price of the Samsung Galaxy S21 5G Olympic Games Edition has not been publicly shared yet. The NTT Docomo listing confirmed the smartphone will be up for reservation in Japan and that sale of the device will commence in June upwards. So as per this report, there is no clarification on if the device will be available for other countries or exclusively for Japan.
SEE ALSO: Samsung Galaxy Z Fold 3, Z Flip 3, and S21 Fan Edition

As for the device RAM/ROM, display, and software information, the device is expected to run on Android 11 with One UI on top. It will feature a 6.2-inch Flat full-HD+ (1,080x2,400 pixels) AMOLED display with a 20:9 aspect ratio, an adaptive 120Hz refresh rate, with an HDR10+ certification. As for the processor, the device comes with Samsung's octa-core Exynos 2100 SoC, with 8GB of LPDDR5 RAM and up to 256GB of internal storage. 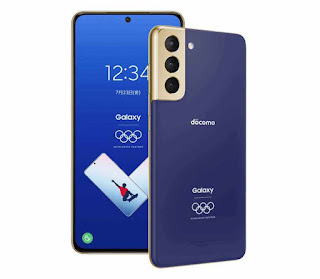 Other accessories like battery, connectivity, and sensors feature these: the phone comes with 5G (NSA and SA), 4G LTE, Wi-Fi, Bluetooth, GPS/ A-GPS, NFC, and USB Type-C port. It comes with the new ultrasonic fingerprint sensor, while its battery capacity is 4,000mAh battery which is capable of working with the USB PD 3.0 fast charging.

So these are the specifications of the Olympic Games Edition, quite the same as the official Samsung Galaxy S21 5G. Let us know your comment about this device.