WhatsApp is reportedly testing a new feature that is privacy-focused, the aim is to allow users to send a disappearing message to contacts or non-contacts. When using this feature, if you send a media to a user, it will disappear once the user has viewed the media, so it cannot be forwarded to another user. 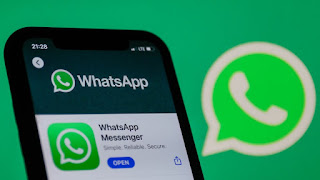 The WhatsApp "view once" feature is currently being rolled out to some beta testers on Android version 2.21.14.3. This new feature works just like the disappearing message Telegram has, that is when the media has been viewed it disappears without having a time window when it will expire. As of the time, this article was written, there is no current information regarding when the new view once feature will be available on the official version of WhatsApp.

SEE ALSO: How to Read 'This Message Was Deleted' on Whatsapp

To see a preview of how this works, you can check the WhatsApp update tracker WABetaInfo on Android version 2.21.14.3. It shows that when a photo or video (media) has the "view once" indication while sending, it will automatically be deleted when the receiver has viewed it. 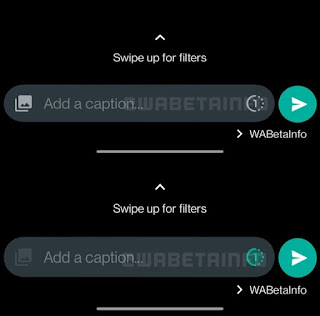 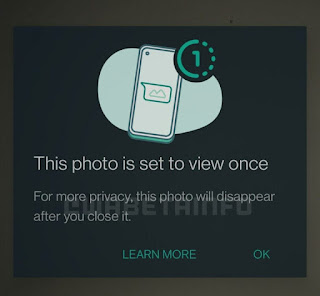 To enable this option, while attaching a photo or video to a contact, you will see an option to enable "view once", after sending it, you will be notified when the recipient opens the sent media and it will be deleted. Take note that if you have read receipts turned off, no way to know if and when the user has opened the media. Unlike Telegram that disabled screenshots for such messages, WhatsApp will not be disabling screenshots, so the recipient can take a screenshot of the media.

The WhatsApp "View Once" feature does not work only for contacts, rather it operates on group chats too. So you can see who in a group has viewed the media via the group info, this feature remains available to selected beta testers on Android, so no public release yet, but it will be available soon.