FIFA 22 got announced recently and it brings “Next-Gen HyperMotion Technology” to PlayStation 5, Xbox Series X, Series S, and Stadia. The game will also be released for PC via Origin and Steam, PlayStation 4, as well as Xbox One. Currently, pre-orders are open for all platforms as the game release date of October 1 draws closer. 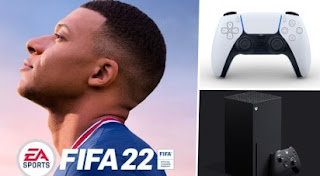 FIFA 2022 has been developed by EA (Electronic Arts) Vancouver and EA Romania for all platforms which also includes previous and next-gen consoles, PC, and Stadia. While the Nintendo Switch users have a FIFA 22 Legacy Edition which is yet to have more information from EA Sports.

The new Trailer on YouTube by EA Sports shows some of the gameplay and the introduction of HyperMotion Technology. The trailer has gotten some memes regarding how unstable the camera on the gameplay trailer was unstable, so you should not be expecting the full gameplay on it. Below contains the trailer video;

PC users will not get to experience the new HyperMotion Technology, it is available only on next-gen consoles and Stadia. HyperMotion uses machine learning to deliver better animations, improved AI, and more realism. According to EA, this is the first time motion capture with Xsens suits has been done for 22 professional footballers playing at high intensity. This means new animations are added in the game in real-time in other to make the game more realistic, i.e over 4,000 new animations in FIFA 22 with improved player humanization, ball control, and more.

Though FIFA 22 will be officially available for everyone on October 1st across all platforms, those who pre-orders will get bonuses and rewards, while having a chance to play the game from September 27th. PS4 and PS5 owners can pre-order the Ultimate Edition for Rs. 6,499, the price also applies to Xbox One, Series X, and Series S owners.