Starting August 2021, new apps on Google Playstore must be published in Android App Bundle which has the extension .aab, this is a replacement to the normal Android APK file. This new requirement applies to new apps, while app updates can still be in the .APK publishing format. 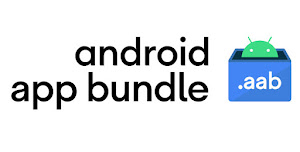 Android app bundle format was introduced by Google Play Console in May 2018 and since then it has been used by millions of apps such as Adobe, Gameloft, Netflix, Twitter, and so on. Most of the top 1k apps on the apps and games category on Playstore uses AAB.

The new Android App Bundle format which is now going to be mandatory for new apps is a better version of the .APK format, this is well optimized for distributing a compatible versions of an app to a device. Also, this can reduce the overall size of an app from e.g 50MB to 6MB (which increases app installs rate) when used since .ABB exports only the compatible version of the app to a device.

In most cases, .ABB might not be working properly and in this case, the universal .APK file will be required. This was the situation regarding our own VPN - V2Ray by UTLoop in which I used the new publishing format and the app failed to browse when users are connected, this was as a result of the Android App Bundle distributing assets suitable for their device while ignoring some necessary Assets, so I had to revert to .APK Publishing format.

Also, with the new app bundle format, there is a Play App Signing that protects your app signing key from loss as it uses Google's secure infrastructure, you can always upgrade to a new cryptographically stronger app signing key. AAB has a Play Feature Delivery feature that lets you customize which feature modules will be available to a device, which time and conditions, and on-demand delivery modes.

With this new development, Android developing apps like AIDE may make an update on their application to support the new .AAB publishing format. It is also recommended to enable the Play Asset Delivery or Play Feature Delivery rather than the OBBs/Dara expansion files.