Wow! Twitter Verifies Fake Accounts by Error, then Suspends Them After Being Called Out

Twitter on Tuesday acknowledged it mistakenly verified a "small number" of fake accounts which they have now finally permanently suspended after they were called out on the social media platform. 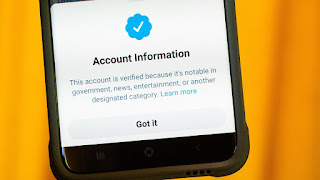 It could be this error is linked to Twitter's new profile verification program that got restarted for its users less than two months ago. The new microblogging platform updated the verification process limitations to only six categories which are government; companies, brands, and organizations; news organizations and journalists; entertainment; sports and gaming; activists, organizers, and other influential individuals.

Data scientist Conspirator Norteño called out a Twitter verification error when he mentioned the six verified accounts that were created on June 16. These accounts contained no single posts since their initial creation, they all had similar followers number that was created between June 19th and 20th. It also seems they were using fake profile pictures.

Meet @aykacmis, @degismece, @anlamislar, @aykacti, @kayitlii, and @donmedim, a sextet of blue-check verified Twitter accounts created on June 16th, 2021. None has yet tweeted and all have roughly 1000 followers (and mostly the *same* followers).

Immediately the issue gained lots of attention, the accounts were suspended by Twitter, at least five of the six verified accounts, the sixth already deactivated its account. Though these accounts were suspended, it is unknown how they got verified, probably after this incident, there might be changes being implemented to restrict fake accounts from being verified in the future.