The Samsung Galaxy M32 5G has been reportedly tipped in Geekbench listing, it suggested that the smartphone could be powered by the MediaTek Dimensity 720 SoC, unlike the 4G variant of the phone that was launched last month in India which is powered by the octa-core MediaTek Helio G80 SoC. 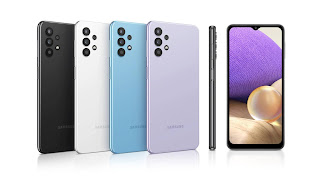 According to the listing, the Samsung M32 5G with model number SM-M326B features single-core and multi-core scores. It was also suggested that the smartphone will be coming with 6GB RAM, which could be one of the configurations it is offered in. In terms of the single-core score, the Galaxy M32 5G got a score of 497, while the multi-core score is 1,605.
SEE ALSO: iPhone 13 Series to come with a Larger Wireless Charging Coil