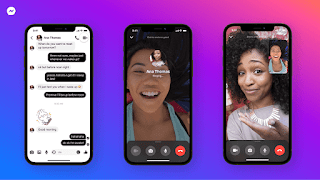 The Menlo Park, California-based social media giant said in a blog post that with the encryption protocol, nobody else, including Facebook, can see or listen to what's sent or said.

They added, "The content of your messages and calls in an end-to-end encrypted conversation is protected from the moment it leaves your device to the moment it reaches the receiver's device".

Facebook also said in a blog post that they have started a limited test with adults in certain countries that will allow users to opt-in to end-to-end encrypted messages and calls for one-on-one conversations on Instagram.

Messenger now has more options that allow users to control the disappearing messages feature. You can now set a timer between 5 seconds and 24 hours, after then, the messages will be deleted from the receiver's device.

Facebook also confirmed a future update for end-to-end encryption for group chats, but for now, we can see this on Messenger.