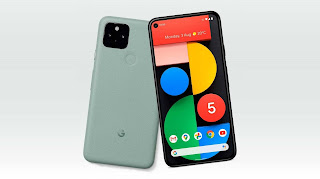 Unfortunately, reports by users online such as Twitter shows that after the Android 12 update on their Pixel phones, they started facing lag issues and the most serious being unresponsive touchscreen issue. This issue is affecting several models of the Pixel device, mostly the recent Google phones like Pixel 4a, Pixel 4a 5G, and Pixel 5.

The reports by users of the phones can be seen on Google Support forums, there were mentions about the issue they are facing such as app crashes, frequent battery discharge.

Google is yet to make a response regarding the Android 11 issue on their device - this space will be updated when there is a response - but product experts suggested affected users switch to safe mode so they can deduce if the problem is from any third-party apps. This doesn't really seem like a general solution because it hasn't helped users to a large extent.

Android 12 got its public release on the Pixel 6 and Pixel 6 Pro launch earlier this week after months of beta testing. The OS comes with a new cool interface, privacy-focused changes such as the ability to share approximate location, and a new Privacy Dashboard to detail app permission settings.