PayPal was pursuing on acquiring Pinterest Inc for $45 billion as reported last week, now the new development as PayPal said late on Sunday in response to media reports is that they wouldn't buy the digital pinboard site. 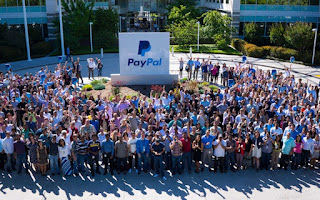 This news about the company's talk on the purchase was first reported by Bloomberg News, which was later confirmed by another reputable news company - Reuters. A source also informed Reuters that PayPal has an interest in offering $70 per share, mostly in stock, for Pinterest.

However, there were cautions to Reuters that this deal was not yet certain and there could be changes in the agreement, which seems to be the case now.

If this deal worked out between the two companies, it would have been the biggest acquisition of a social media company, surpassing Microsoft's $26.2 billion purchase of LinkedIn in 2016.

Until Sunday, both companies refused to respond to requests by news Media to comment about their negotiation. However, PayPal has finally taken to the public to confirm the deal wouldn't hold as for now.

It was also reported that Paypal's US-listed shares are down about 11.5% post the news deal talks about their interest in acquiring Pinterest, on the other hand, Pinterest is up to about 4.5%.