Grand Theft Auto San Andreas, Grand Theft Auto III, and Grand Theft Auto Vice City games are getting remastered officially by Rockstar Games. These games will come with graphical improvements and modern gameplay enhancements while at the same time maintaining the classic look and feel of the originals. Here's what you should know such as the release date of these games for PlayStation, Xbox, PC, Mobiles. 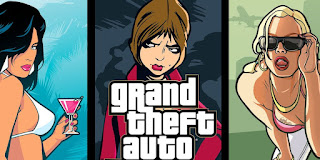 Grand Theft Auto: The Trilogy – The Definitive Edition got officially announced by Rockstar Games on their official website yesterday confirming the earlier rumors about the works being made on the GTA trilogy. Grand Theft Auto Definitive Edition will be available on iOS, Android PS5, PS4, Xbox Series X/ S, Xbox One, Nintendo Switch, and the Rockstar Games Launcher on PC.

The launch date of the remastered version is yet to be revealed, but there is confirmation the game will be launched in the first half of 2022 for iOS and Android devices.

The launch of the remastered versions comes just 20 years after the launch of Grand Theft Auto III, making it an anniversary of the game. To celebrate the 20th anniversary, Rockstar Games will bring a cavalcade of special gear available for collection in GTA Online this fall.

However, those playing GTA Online will get improvement on their gaming experience for the PS5 and Xbox Series X/ S users in March next year.