Nigeria on Monday launched eNaira, a digital currency, making her the first African nation to do so. The leaders of the country said the aim of eNaira is to expand access to banking, enable more remittances and even grow the economy by billions of dollars. 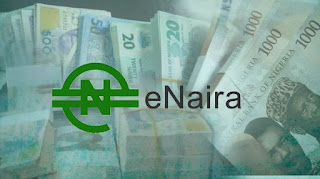 The giant of Africa joins the Bahamas, the first to launch a general-purpose central bank digital currency, known as the Sand Dollar, this month. Switzerland and the Bank of France have announced Europe's first cross-border experiment, while China has ongoing trials.

There seems to be skepticism, and plenty of uncertainty regarding eNaira due to the fact there are more questions than answers - while there are trust issues due to the consistency of Central Bank (CBN) rules, which makes this digital currency difficult to get the government's expected results.

Central Bank Governor Godwin Emefiele said during Monday's launch that there had been "overwhelming interest and encouraging response". He also added that 33 banks, 2,000 customers, and 120 merchants had already registered successfully with the platform, which the app can be downloaded on Google Playstore and Apple Appstore. 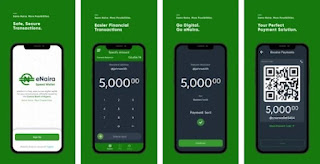 The president of the country said the use of the currency could grow the economy by $29 billion over ten years, enable direct government welfare payments and even increase the tax base. So far, some 200 million nairas' worth of eNaira has been issued to financial institutions, with the aim of maintaining parity with the traditional currency.

Nigeria is the 7th ranked nation of the use of crypto in 2021, there has been a massive surge in users despite the Central Bank ban in February on banks and financial institutions dealing in or facilitating transactions in them.

"It's not clear looking at the CBN's body of work that Nigerians would be comfortable using this," said Ikemesit Effiong, head of research with Lagos-based consultancy SBM Intelligence.

He also said that CBN needs to make it clear to Nigerians if they can transfer eNaira back into traditional naira, or use cryptocurrency to buy or sell the eNaira. He raised other questions relating to this if there would be physical locations to use and transfer eNaira, or whether it would be entirely digital.

There were several Frequently Asked Questions on the CBN site regarding eNaira, they said users would access it via the phone app, internet banking, or a code dialed from mobile phones. Unfortunately, non of the questions asked by Effiong such as transferability was answered.

Furthermore, only three local television channels such as Channels TV, NTA were allowed to attend the launch, and officials took no questions.

"There are more questions than answers, even though we are looking at the launch of this digital currency. The fact that this is the case so late in the game is concerning," he told Reuters.

"I have had issues trusting the central bank ... because they have already banned crypto," he said. "I want to hear from people, see people use it, before I venture into it."