Apple will launch new devices this year 2022 which include the Mac Pro, iMac Pro, and Mac mini model. Furthermore, the company tipped to launch an iPad Pro model, iPhone SE with 5G support, & the iPhone 14 smartphones later this year. Let's take a look at what we should be expecting from Apple this year in terms of gadgets releases. 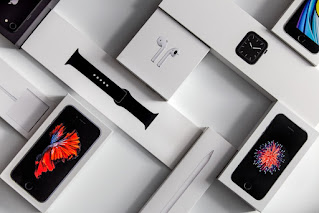 What more will be available? Apple is working on a smaller Mac Pro featuring 40 CPU cores and 128 graphics cores. Another device they are working on is the iMac Pro & Mac mini model, the iMac Pro is expected to come with a large screen.

The MacBook Pro is tipped to receive a new entry-level model, while the MacBook Air will a major upgrade, the "biggest redesign in the product's history" as said by Gurman who covers Apple products. Apple is also working on a new iPad Pro model that features wireless charging.

VR headset will for the first time be launched by Apple last this year, after two years of fans' expectations failing. The VR headset is expected to run on rOS, and also feature AR capabilities. We could see the gadget release at WWDC 2022 later this year. Most importantly, iOS 16 & macOS 13 are being worked on, they both will be released this year according to Gurman.