Battlegrounds Mobile India (BGMI) game has banned over 71,000 plus accounts during the week ending on January 2nd, 2022 for partaking in hacks & mods. Such users affect the user experience of other players, so the developers of BFMI took this huge step to ban several accounts for life. 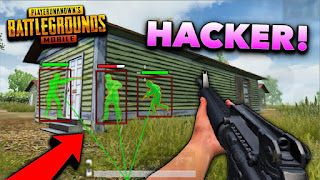 Battlegrounds Mobile India has also published the list of accounts that got banned, not only were their accounts banned, but also the devices used by the players in the battle royale mobile game were also banned.

The company, Krafton, through a post, announced that it banned 71,116 accounts in Battlegrounds Mobile India in the December 27 to January 2 week. They added the "entire list of cheaters who have tried to ruin" the popular battle royale title.

"Battlegrounds Mobile India will strive to implement strong sanctions with the ultimate goal of eradicating the use of illegal programs in order to provide you a pleasant gaming environment," Krafton said. Users who downloaded BGMI from unofficial sites, or have suspicious applications such as Lucky Patcher and the likes on their device got their account banned.