How to Change Signal Phone Number Without Losing Chat History

Signal has added a new feature that allows users to retain their chats history after changing their registered phone number on the app. Since the social media app doesn't store chats in the cloud, Signal will notify the user's contacts that their number has been changed. This way, the chats will be retained on both the user and the contacts. 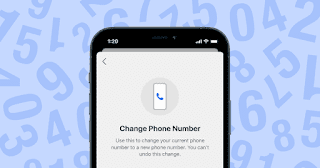 Signal, on a blog post, made it clear they have added a new feature to its Android and iOS apps that let users change their phone numbers without losing their previous chats, groups, and also profile information. The feature is available from the latest version of the Signal app - Android v5.30.6 or iOS v5.27.1.

As per a blog post, Signal has now added a new feature to its apps on Android and iOS that lets users change their phone numbers without losing chats, groups, and Signal profiles. The new feature comes in handy if users are changing their phone numbers but wish to retain the handsets. To use this feature, users need the latest version — at least Android v5.30.6 or iOS v5.27.1 — of the Signal app.

It is important for users to be aware that according to Signal's support page, the change-number feature is not supported for users that are unable to send or receive messages on their current registered number, lost the device where the chats are stored, or if the device was reset to default.

That being said, below contains the full step-by-step tutorial on how to change signal phone numberss without losing your chat history.

How to Change Phone Number on Signal