Twitter recently added the pinned conversation feature for direct messages on iOS, Android, and the Web version of the platform. This feature was previously exclusively available for Twitter Blue, the Social platform paid subscription service. Now it is available on the free version of Twitter. 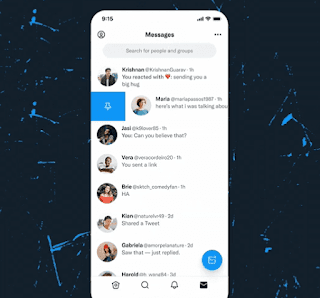 Twitter announced on Friday that users will now be able to pin up to six chats at the top of their private messages on iOS, Android, and Web versions. Below contains the embedded tweet of this new feature.

See Also: Twitter Articles in the Works, to Feature Support for Longer Posts

Keep your fave DM convos easily accessible by pinning them! You can now pin up to six conversations that will stay at the top of your DM inbox.

Also, if you make use of Twitter for iOS, Android, and web browsers, by pinning a conversation on one device or platform, this will also be done simultaneously on other platforms. Furthermore, pinned chats will be separated from the All conversations tab, it will be located in a new tap called Pinned conversations.

This new Twitter feature makes it easier for users to find their most important chats, this is a handy feature for accounts with lots of messages daily. So if you do not want to miss an important conversation, you can simply pin it. However, sharing of tweets to conversations will still appear in chronological order of chats, so you can't share to the pinned tab users.

The pinned conversation has arrived for the first time on the Twitter free version, this is a long-awaited feature that has been around on other social platforms such as Telegram, WhatsApp, Signal, e.t.c. So Twitter was among the few social media platform to not have added this earlier, well it is finally to stay.