Facebook Messenger has released new features for its social media platform. iOS and Android users will now be able to make use of shortcut commands in the chat window to perform several tasks such as notifying everyone in a group or silently sending a message without notifying other users. 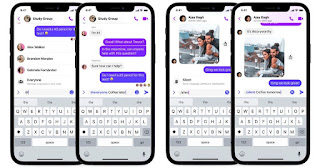 On Tuesday, the Meta-owned messaging service revealed that Shortcuts for Facebook Messenger on Android and iOS will be available starting today - Wednesday. The shortcut feature allows users to type @everyone which sends a notification to all users in the chat to get the attention of all group members.

Furthermore, users can use the new Shortcuts on Messenger to notify a group silently by using the /silent command. Messages sent using this command will not notify the users about the message, so they will have to open the chat to see the message. Such a feature can already be found on Telegram, a very useful tool that applies to both groups and channel admins.

As for the availability, both the /silent and @everyone Shortcuts are publicly available to Facebook Messenger users on iOS and Android devices starting today, according to the company. Meta is also working on adding the ability for users to search for and send GIFs to users and group chats via the /gif shortcut command. Other commands not mentioned so far include/shrug and /tableflip commands to send tableflip “(╯°□°）╯︵ ┻━┻” and shrug “¯_(ツ)_/¯” emoticons on Messenger.

The above three commands will be available on Messenger for iOS devices in the coming weeks. While Messenger for USA users will be able to use the /pay command to send and receive money in the future, the company said.