Infinix Hot 12i Leaked Specifications and Live Images - What to Expect

Infinix's next top-notch smartphone Hot 12, alongside the vanilla Hot 12, Hot 12i, and Hot 12 Play is expected to be released soon. However, leaked images of the Hot 12i show what fans should be expecting from the device, they now have an overview of the full specifications. 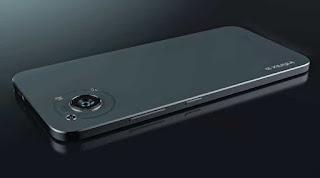 The leaked Infinix Hot 12i images were shared in an exclusive report by Passionate Geekz, which shows the full box packaging and even a clear look at the rear panel design.

Based on the leaked images, the Infinix Hot 12i is expected to have a 6.6-inch Premium Super Bright IPS display with an HD+ (720x1,612 pixels) resolution. Also, under the hood, the handset is said to pack a MediaTek Helio A22 SoC, while having up to 64GB internal storage and 4GB RAM. The device runs on Android 11 Go Edition out of the box. 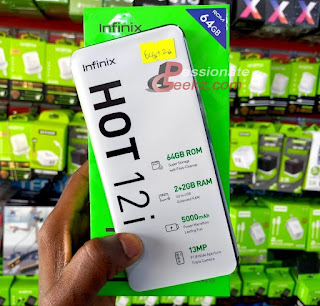 Infinix Hot 12i is expected to feature a triple rear camera setup with a dual flashlight, the primary sensor will be 13MP, a fixed focus camera of 8MP with a flash in the front, and most importantly it will come with a 5,000mAh battery.

The device will be a 4G smartphone while having important connectivity features such as GPS, Wi-Fi, and Bluetooth. The device is expected to house a G-sensor, L-sensor, and proximity sensor, it will most likely come with a fingerprint sensor in the back as well.

So these are the leaked specifications of the Infinix Hot 12i, more details will be available when the smartphone is officially unveiled, so till then, this is what you should be expecting on the device.