Intel has launched the "world's fastest desktop processor" - Intel Core i9-12900KS, which is capable of offering up to 5.5GHz max turbo frequency. 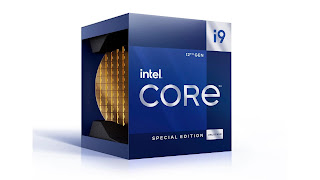 The Intel Core i9-12900KS is an unlocked version of the existing Core i9-12900K that costs around $700. They both have the same 16-core design along with 24 threads available for the regular flagship Core i9 processor.

However, the main difference between the Core i9-12900KS and the previous desktop processor Core i9-12900K with 125W is that Intel has upgraded the base power of the latest release to 150W to deliver a faster clock speed on up to two cores.

In addition to the above list, the new desktop processor comes with Intel Thermal Velocity Boost technology. This technology helps users with overclocking, at the same time making sure the processor's temperature is balanced. Also, the processor has a 16-core design, that brings eight P-cores and eight E-cores similar to the Core i9-12900K.

This release is a direct competitor to AMD's Ryzen 7 5800X3D coming in April this year. So gamers have a lot of options to choose from for their computer.