Google is testing a new YouTube timed reactions feature on its mobile apps that allow users to react to specific moments in a video with up to 8 emojis. This could be a useful replacement for the removed YouTube dislike counts for videos. 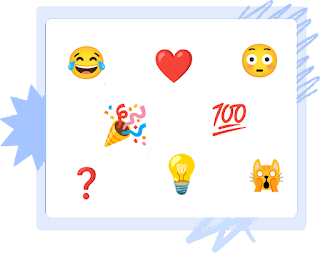 YouTube is reported testing this feature as an experiment, so this could mean there will be changes or improvements to the feature. The announcement on YouTube's support website two days ago revealed they are rolling out a new timed reactions experiment to users after receiving positive feedback about its timed comments beta feature.

YouTube further explained what the new timed reactions experiment will look like. They said when a user is watching a video, they will be able to react to a specific moment in the video by opening the comment section and tapping on the reaction panel. This section will also show users' crowd reactions. However, Google selected a few channels that will be part of this experiment, so for now, it is not available to the public.

Google says as part of the new YouTube timed reactions experiment, they will test "multiple sets" of reactions while adding or removing reactions based on user feedback.

There is currently no news on if the new timed reaction experiment will roll out to all users, nor if it will be available on the PC version of YouTube since the announcement shows timed reactions in action on the YouTube app on a smartphone.