WhatsApp is reportedly testing a new feature improvement that will allow users to be able to send media files as large as 2GB instead of the current limit of 100MB. For now, beta users will be able to test this new feature on WhatsApp for iOS and Android. 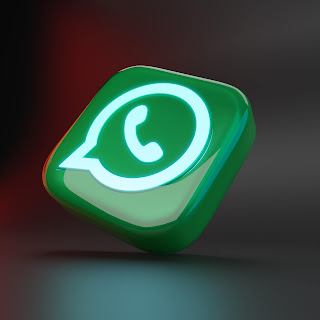 WABetainfo, a tracking website for WhatsApp beta updates said that a few beta users with Android and iOS for WhatsApp in Argentina will be able to test-run the feature that allows them to share media files as large as 2GB in size. 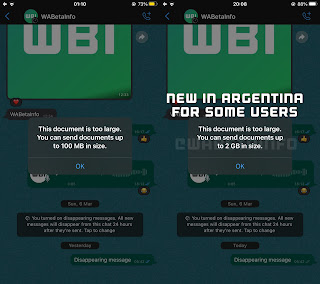 Whenever this feature is released to the public, it will be a very useful improvement because users will be able to send important documents or files that are over 100MB to their contacts or group chats. This way, important information can be shared between users, instead of through another platform.

It is notable that WhatsApp usually compresses media files sent over their app, which reduces the quality, especially on images, so it is unclear if there will be an improvement on this too since it was also reported that the instant-messaging platform is testing showing previews for media files sent as documents.

WhatsApp's current features are really beneficial, in fact, recently they added a feature for WhatsApp for Android that allows users to pause and resume voice recording messages while recording.