WhatsApp has two good news for its users, first of all, the company fixed the WhatsApp Desktop links not generating previews. Also, WhatsApp for iOS beta users is getting access to their first group polls to feature allowing them to add a new poll to a group. 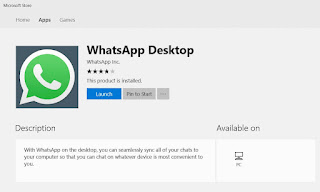 Speaking of the WhatsApp Desktop link previews bug, this issue started recently due to some technical reasons, however, it got fixed after WhatsApp released a fix, a report said. Meanwhile, the WhatsApp group poll feature for iOS beta users is still under development, so only a few users get to test it. This upcoming poll features users to create up to 12 poll options. 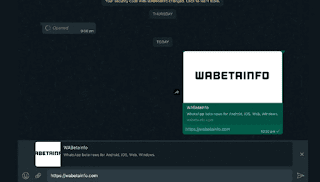 WABetainfo says the WhatsApp for iOS 22.8.0.72 beta update brings improvements for the group polls feature. I already wrote an article about this early last month which you can see linked above, this feature is the first time it will be coming to the WhatsApp platform, allowing users to create polls on group chats and add up to 12 possible options for a question.

Furthermore, users are able to change the position of the poll options, the feature is currently under development. It will work very similar to the poll features available on other social media platforms such as Facebook Messenger, and Telegram.

The WhatsApp tracker - WABetainfo says that the group polls feature might be protected by end-t0-end encryption. This simply means that only group participants are able to see the poll and the results. Possibly, this feature will be heading to WhatsApp for Android and WhatsApp Desktop after WhatsApp for iOS gets its full release.