Samsung Galaxy Tab A7 (2022) details have surfaced online, a few key specifications of the device are6 the expected 7,040mAh battery and Android 11 from the box. 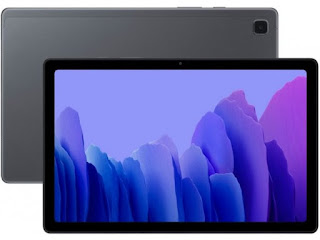 Samsung Galaxy Tab A7 (2022) specifications were first shared by tipster SnoopyTech (@snoopytech) on Twitter who said the device will be launched with a price tag of EUR 199.

Though Samsung has not officially revealed any details of the tablet such as its launch date or pricing, we can get some alleged features such as the render of the Samsung Galaxy Tab A7 (2022) expected to come with a square camera module to house the rear camera, and a front selfie camera.

Looking at the above-leaked features, the Samsung Galaxy Tab A7 (2022) will feature a  10.4-inch TFT display with 2,000x1,200 resolution, It is powered by the Qualcomm Snapdragon 662 SoC with Android 11, and its rear camera will sport an 8-megapixel rear camera, while the front will be a 5-megapixel selfie camera. In addition, it is expected to feature 3GB RAM + 32GB of inbuilt storage which can also be expanded up to 1TB with an SD card.