The US tech giant, Apple just released iOS 15.6.1, iPadOS 15.6.1, and macOS Monterey 12.5.1 as important security updates. These updates bring fixes for a Kernel and a WebKit vulnerability - here is what you should be expecting. 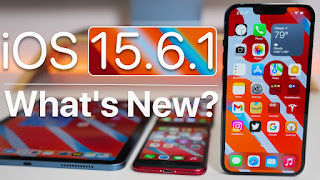 So what are the fixes coming to the macOS Monterey 12.5.1 update? Though it might not be a noticeable issue to the device users, Apple fixed an issue that allowed applications to execute arbitrary code with kernel privileges (CVE-2022-32894) which they beloved might have been exploited.

Not long ago, Apple released iOS 16 beta 5 version which adds the battery percentage indicator in numbers on the battery icon - seen via the status bar. As discussed earlier on this site, the new update will also bring a new `copy and delete` feature for sharing screenshots to the clipboard instead of directly to the gallery.