FIFA 2023 details leaked online on Tuesday by EA Sports after they accidentally made the latest entry to their FIFA franchise briefly playable on Xbox consoles. Details of updated players' ratings have been leaked, even the real-world third kits for Liverpool FC and Atlético Madrid's upcoming season. Quite a lot of info right? Here are what you should be expecting. 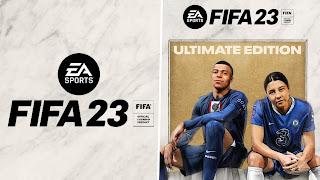 FIFA 23 is expected to be launched on September 30th, which is next month. However, details of the game have surfaced online ahead of that launch date and the details contain vital updates. What went wrong? FIFA 23 Ultimate Edition pre-orders were available, giving customers 3 days early access on September 27th, this gave those access the opportunity to post videos and screenshots of the gameplay.

Owners of the FIFA 23 Ultimate Edition started posting screenshots of the game menu, upcoming kits, and players' ratings on Twitter and other social media platforms like Twitch. This led to some of these account owners getting banned, while others were suspended. This was not really a result of them having access to the beta version, but an error from EA's end that unlocked the full version of the game upon updating the beta version of the app for the FIFA 23 Ultimate Edition owners.
See Also: FIFA 23 Gameplay Deep Dive Trailer Revealed

What do those who pre-order FIFA 23 Ultimate Edition stand to enjoy? Starting from September 27th, players who pre-order the game stand to receive 4,600 FIFA Points, a FUT Ones to Watch Player Item, a Team of the Week 1 Player, and cover star Kylian Mbappé as a Loan Item for 5 matches. These are just a few rewards they'll get as fans awaits the release of FIFA 23 on September 30 across all platforms such as PC, PS4, PS5, Xbox One, and Xbox Series S/X