Apple Faces Fine in Brazil For Selling iPhones Without Charger

Apple has been ordered by the Government of Brazil to stop selling 'Incomplete Product', they were fined BRL 12.275 million (roughly N998,843,645). Apple was also prevented from further selling its iPhone units that do not come with chargers in the country such as iPhone 12. 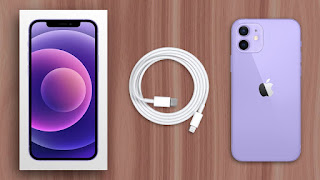 According to the report by Reuters, the Justice Ministry of Brazil ordered Apple to stop selling the iPhone 12 and new models that do not come with a charger in the box saying that the exclusion of the charger "deliberate discriminatory practice against consumers", and that the iPhone was lacking an "essential" component.

Before the launch of the iPhone 12 in 2020, Apple launches its smartphone with full accessories, that is even the iPhone 11 comes with a charger in the box. However, when the company removed the charger from the iPhone 12, forcing customers to purchase it separately, the company said the decision was a result of trying to reduce carbon emissions.

The decision Apple took have overtime caused several controversy, but then, nothing has actually been done. The Justice Ministry of Brazil however rejected this claim and said that there was no evidence of protection for the environment from the exclusion of a charger.

This development comes just days before Apple plans to launch its iPhone 14 series - iPhone 14, iPhone 14 Max, iPhone 14 Pro, and iPhone 14 Pro Max on Wednesday. It is rumored that the iPhone 14 will come with a bigger camera bump and clear differentiation between the Pro and Pro Max models.