Parler is returning to Google Playstore after over a year of it not being available on the store due to the events of the US Capitol Riots in January 2021. The social media app is widely used by US conservatives, also known as Republicans. Here are what you should know about its return. 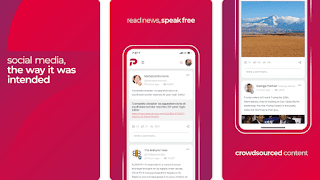 Parler's return on Google Playstore was reported by CNN, it is said they got back after they claim to have taken several measures to improve its content moderation.

Parler app launched in 2018 as an alternative social media platform to Twitter is used more by supporters of former US President Donald Trump. It got removed from major tech platforms after it was believed they failed to monitor contents by its users which may have led to the US Capitol riot.

Since then it got removed, and Parler used a separate option to allow its users to install the app from another source when they visit their website. While a similar approach applied to Apple users for a while too, it was reinstated early last year on Apple App Store.

Now it's back on Google Playstore, Google spokesperson stated that the app now supports the option to block abusive users and remove their content for inciting violence. So the app has been modified to comply with Google Play policies and so it went live a few hours ago.