WhatsApp has begun rolling out the Call Links feature that allows users to start a new call or join an ongoing call with a generated shareable link for the audio or video call. 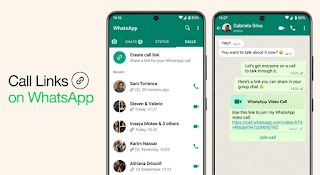 Mark Zuckerberg announced in a Facebook post via his account that WhatsApp is rolling out the Call Links feature which allows users to create a link and share it with their family and friends.

Users can access the 'Call Links' option which will be located via the Calls tab, they can create links for an audio or video call and share it across other social media platforms similar to Meet and Zoom.

The feature is already being rolled out and more users will get access to it by the end of this week. However, it will only be available on the recent version of the app.

In other news, WhatsApp has begun testing group video calls that support up to 32 participants. Currently, only voice call supports 32 participants limit on Android and iOS.