WhatsApp is reportedly working on a feature that allows Android users to import and export their chat, images, videos, and media file backup from Google Drive offline, that is without the internet. 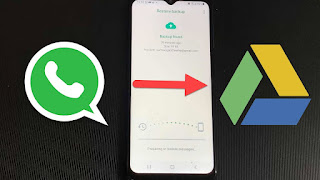 As reported by WABetaInfo, they said: “If you exported a backup from your previous device, you could import it now.” This can be done when you reinstall WhatsApp or register WhatsApp on a new device. This new update is currently available through the Google Play Beta Program.

Read Also: WhatsApp Working on a Feature that Lets You Text Yourself From Linked Devices

How useful is this new feature? When you do not have an internet connection or have a low internet connection, WhatsApp will back up / export your chats locally automatically so you can later import them with the internet since there will be no option to import from a local backup on a new handset.

In addition, WhatsApp is reportedly working on setting a backup limit for its users making use of Google Drive to back up their chats. This is where the local backup comes in handy as users can import their chat backups if they reach the particular threshold on Google Drive and store their backed-up data offline on their device.

This feature is still under development and will be released to the public not long after the current beta program.