WhatsApp is working on an edit message feature for its social media service when users sent text messages. This feature has been spotted on the latest build of WhatsApp for Android, here is what you should know. 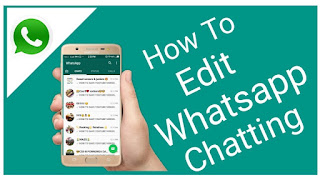 According to a report by WABetaInfo, WhatsApp is working on an option that will allow users to edit sent text messages. It appears both the user sending and receiving the messages have to be on the latest version of WhatsApp supporting such a feature in other to make use of the edit feature.

It is however unclear if there will be a time limit for editing sent text messages and when the public release of this feature will be made available.

Users will have to long press on the text they intend to edit and tap the new Edit option that shows as a pop-up menu which can be seen under the Info and Copy options.

WhatsApp is still working on interesting features for its users, though all features being added have been implemented on Telegram for years now. In other news, it has been reported that WhatsApp is working on a feature that allows Android users to export and import their chats offline from Google Drive.